ASTON, PA -- Joseph Henson, a goaltender for the Philadelphia Little Flyers, has committed to Ferris State University for the fall of 2022.

The '01 native of Troy, MI recently finished his second and final season with the Little Flyers, and over the course of 48 career starts in the Eastern Hockey League (EHL), Henson accumulated a record of 30-18-0 between the pipes.

"We are all very happy for Joey and his family on his Division I commitment to Ferris State," said Little Flyers head coach and general manager Mark Catron. "Joey trained his tail off in the off-season and came back this season ready to be the guy in the net.  The job he did for us the second half of the season is as good as I’ve seen in the EHL, going 11-2 down the stretch and leading us all the way up the standings to clinching the South Division. As he went through that stretch run you could see his confidence building and it turned our team into a different animal. This just goes to show that if you consistently put in the hard work, good things will happen, and Joey did just that."

Henson goes in the books as the second player in league history to commit to Ferris State, and the first to do so directly from the EHL. The previous Bulldogs' commit was Justin Kapelmaster, a fellow goaltender, who played for the New York Bobcats back in the 2013-14 season. Following that year, Kapelmaster advanced his way up through the North American Hockey League (NAHL) and onto the Division I ranks at Ferris State.

As for Henson, he is beyond proud to be heading off to play Division I hockey, but even more so to be doing so in his home state of Michigan.

“I am very proud and honored to announce my commitment to play NCAA D1 College Hockey at Ferris State University," said Henson. "I would like to first thank my parents and the rest of my family for everything they have done for me to be successful in life as well as hockey. I also would like to thank Coach Catron and Anthony Lorusso for giving me the opportunity to play junior hockey and pushing me every day to be the best hockey player I can be. To my teammates, thank you for making my time in Philadelphia so special and the friendships I will have for the rest of my life. Thank you to Coach [Bob] Daniels and his staff for this great opportunity to be a Ferris State Bulldog."

With this commitment, Henson closes the books on a truly special age-out campaign in the EHL, one that began with a selection to the 1st Annual EHL All-Star Classic back in November and ended with him leading the Little Flyers back to the EHL Frozen Finals for the first time since 2019. 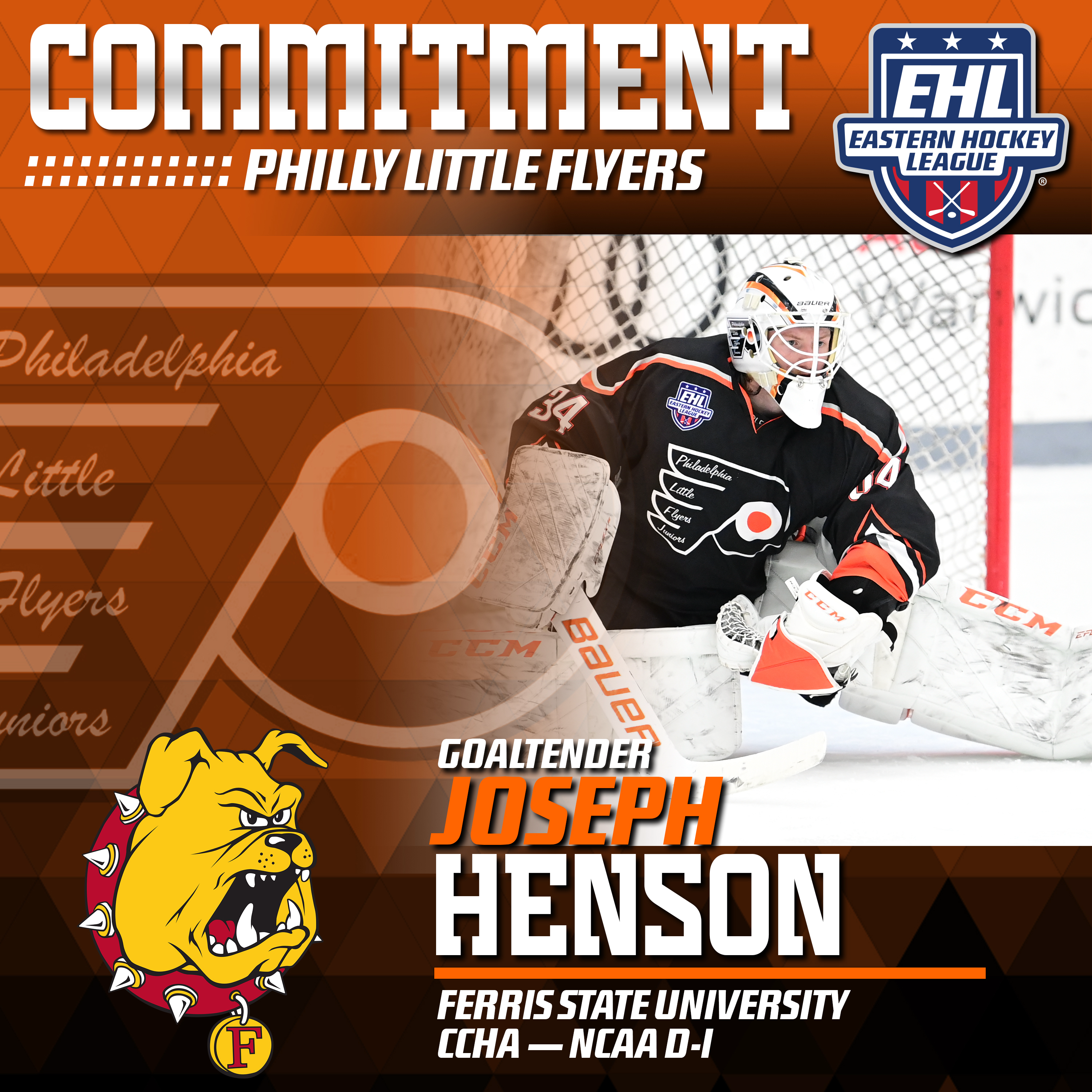