ASTON, PA -- Chris Blango, a defenseman for the Philadelphia Little Flyers, has committed to Buffalo State for the fall of 2022.

The '02 native of Chadds Ford, PA recently finished his first and only season with the Little Flyers, tallying 25 points in 29 total Eastern Hockey League (EHL) games throughout the 2021-22 campaign. After spending a pair of seasons (2019-20 and 2020-21) developing within the Little Flyers' youth program, Blango hit the ice for just a single year of junior hockey, as he now heads off to the join the NCAA ranks this fall.

"Our whole organization is very proud of Chris and his commitment to Buffalo State College," said Little Flyers head coach and general manager Mark Catron. "Chris has been a big part of our club over the past three seasons, with what Coach [Dave] Dorman and his guys have done at 18U and we’ve seen it translate here at the EHL level. Chris is a hard-worker, he faced some adversity this year, starting off the year in the North American Hockey League (NAHL) and then getting re-called midway through our season, but he always kept his head and showed up ready to go each day.  As much as I’d love to have Chris back for his age-out season, he is ready to move on to the next chapter of his life at Buffalo State. It will be great to watch him and [Kyle] Patton play together for the next four years."

As Catron mentioned, Blango is not the only Little Flyer heading off to join the Bengals this fall, as he will reunite with Kyle Patton when he arrives on campus. Along with the pair of Little Flyers, Buffalo State is also bringing in Aidan LaValley and Tyler Penree from the Vermont Lumberjacks.

“It has been a dream of mine since I started playing hockey, to play at the NCAA level," said Blango. "With that being said, I’m proud to announce that I will be furthering my academic and athletic career at Buffalo State. First and foremost, I would like to thank God for gifting me the opportunity and fortitude to play this sport. Next, I would like to thank my parents, who have sacrificed so much for me to make it to this point in my career. Without them, I would not be where and who I am today. Thank you to Coach Dorman for taking me in and giving me the tools to be successful both on and off the ice. Also, I want to say thank you to Coach Catron and A-Lo [Anthony Lorusso] for giving me a home this year and the opportunity to showcase my skills at the junior level. To my teammates and Little Flyer brothers, thank you for pushing me and making me better every day. Lastly, thank you to Coach [Steve] Murphy and Coach [Alex] Kaluzny for giving me a home for the next 4 years. I am stoked to start the next chapter of my life. Go Bengals!”

Despite having a year of junior eligibility still remaining, Blango feels ready to make the jump right now. While this past season didn't end the way he and his Little Flyer teammates had hoped, they can still be proud of helping to bring Philadelphia back to the EHL Frozen Finals for the first time since 2019. 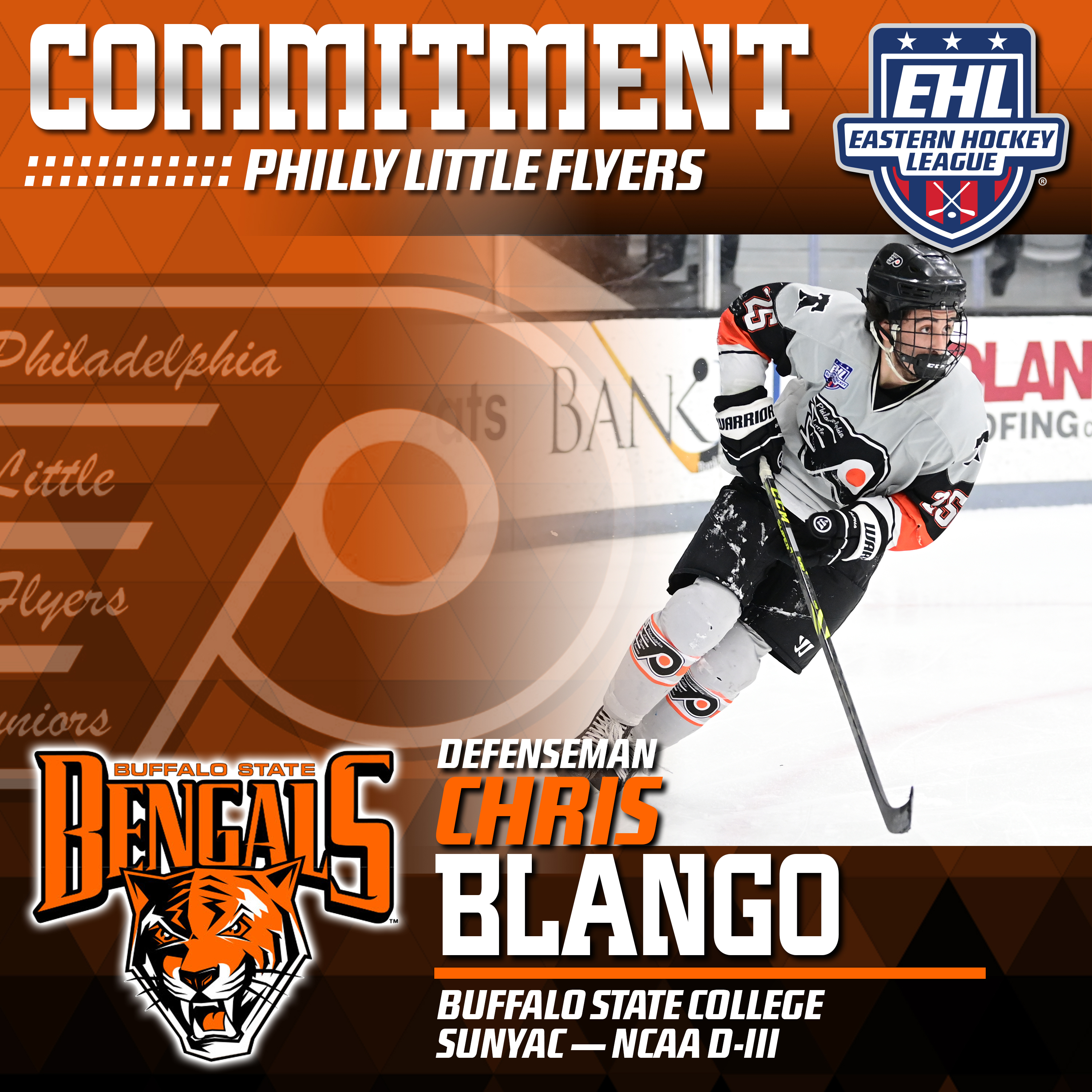