BOSTON, MA -- The 2018-19 Eastern Hockey League (EHL) season rolls on this week, with 17 more games on the schedule through Sunday. The next 5 days feature 15 of the 18 teams in action, in the final weekend before our third showcase of the year.

We've got a huge divisional showdown in the middle of a big week in the EHL. With all the teams now officially back after a short break for Thanksgiving, the Wizards and Seahawks hit the ice for their second matchup of the regular season. These 2 teams are right in the thick of things in the South Division of the New England Conference.

Below you'll find the full weekly schedule through Sunday. The next set of TSR Hockey Stars of the Week will be released on Monday, December 10th.  Remember to catch the #Eshow all season long on HockeyTV. 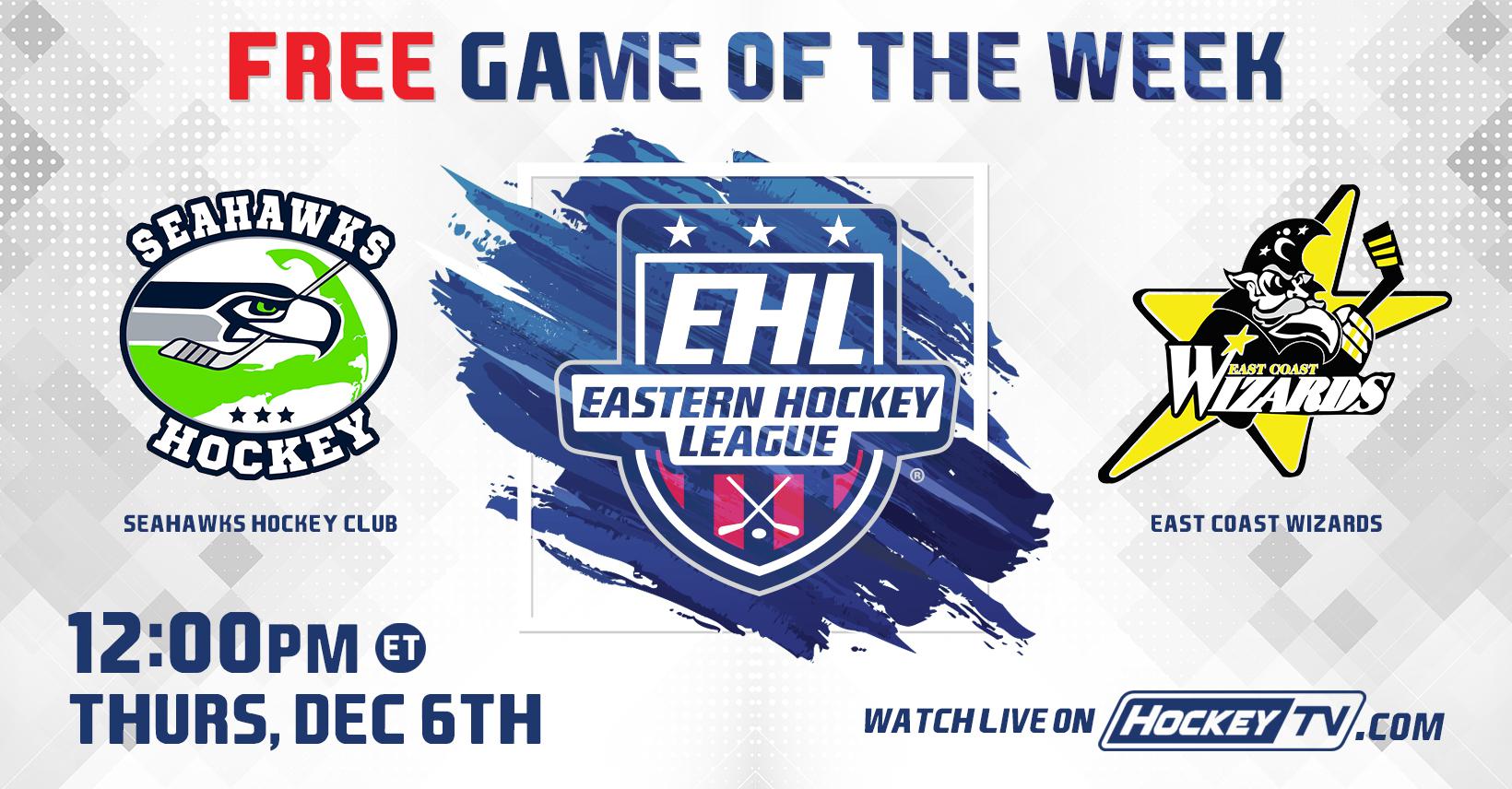