WEST CHESTER, PA -- Tyler Roy, a goaltender for the Philadelphia Jr. Flyers, has committed to Neumann University for the fall of 2019.

The '98 native of Brighton, MI joined the Jr. Flyers in early December, and in 15 starts between the pipes, Roy posted a 3.14 GAA and a .910 save percentage. During that time, there were 10 games in which Roy turned aside over 30 shots that were sent his way, and that also includes a trio of 40+ save performances.

“Tyler came to us after the season had started and was a big part in our success last year," said Jr. Flyers head coach and general manager Jerry Domish. "He came in and took over as our number one goaltender within weeks of being here. He is a very hard worker and all business at the rink. I know he will be very successful at Neumann and is joining many other Jr. Flyers alumni."

Roy is the 3rd EHL player from the 2018-19 season, that has committed to join Neumann. Alongside his former teammate Justin Weinbrenner, the pair of Jr. Flyers will now become friends with Nate Dunning, a former member of the rival Philadelphia Little Flyers. Roy is very excited to have this weight off of his shoulders, and the netminder can't wait to kick-off his collegiate hockey career this fall.

“I’m very excited to commit to Neumann University," said Roy. “I would not have gotten this great opportunity without a lot of help. I would like to thank my family for their endless support through the ups and downs of my entire hockey career. I also would like to thank the entire Jr. Flyers organization, because there were so many people that helped me during my short time on the team, especially Coach Domish and Sam Hunt. I’m excited to get started with Coach Mountain in the fall. I look forward to winning a lot of games over the next four years." 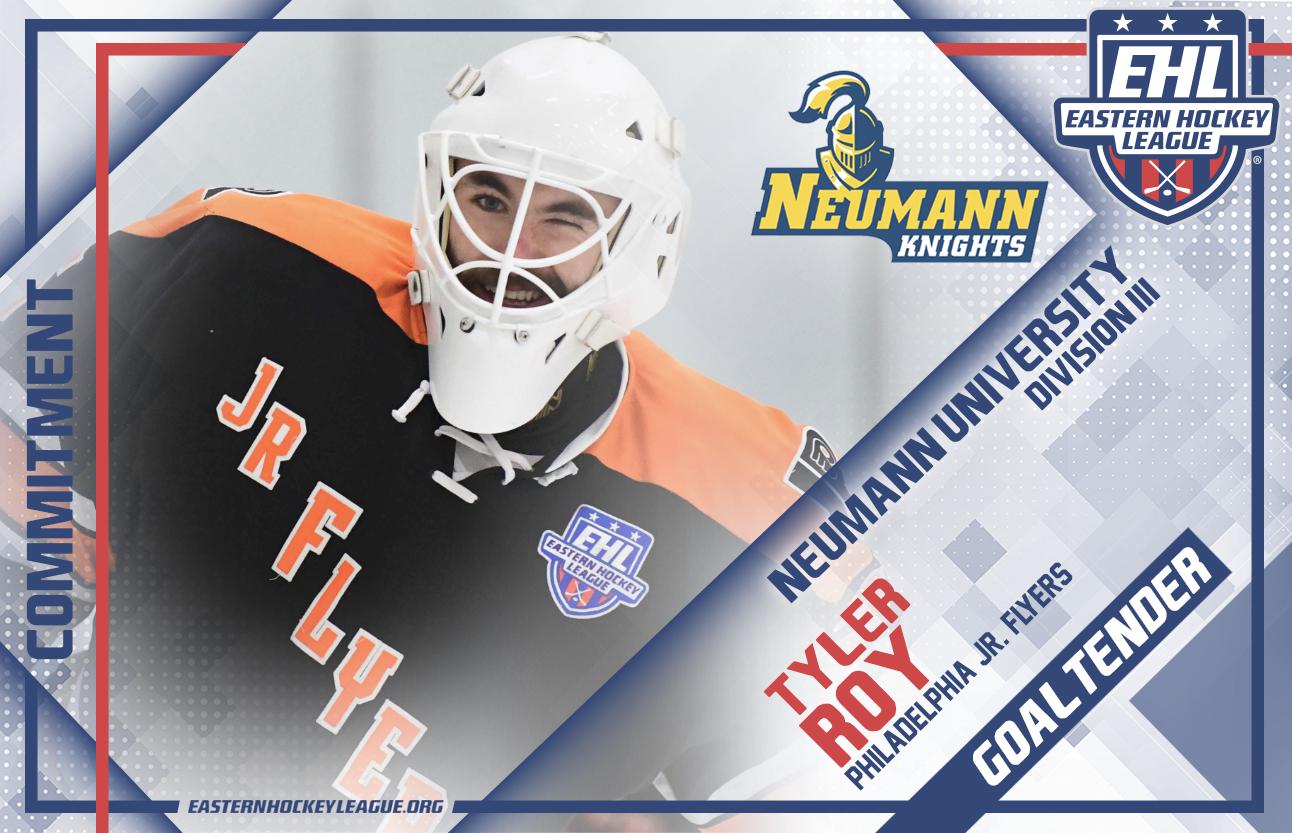