MIDDLETOWN, NJ -- Ian Graiff, a goaltender for the New Jersey 87's, has committed to Western New England (WNE) for the fall of 2020.

The 2000-born native of Newfield, NJ began the season with the New Hampshire Avalanche, and then joined the 87's in mid-November. Since returning to his home state, Graiff has posted an 8-1-1 record in 10 starts. During that time he's also accumulated a trio of stellar statistical marks, with a 1.63 GAA, a .939 save percentage, and four shutouts.

"Ian was a goaltender we identified as someone that could solidify our presence in net," said 87's head coach and general manager Adam Houli. "He's been terrific from the get-go, and it's always nice to have a goaltender that can steal us some wins, which is what Ian has done. He's put in the work since arriving in New Jersey and now he's been rewarded with an NCAA commitment. We couldn't be more proud of Ian for this accomplishment."

For the second consecutive season, the 87's have now had a player commit to the Western New England hockey program. Jake Ondrejko spent a year apiece in the Eastern Hockey League (EHL) and Eastern Hockey League Premier (EHLP), before moving on to join the Golden Bears. Graiff is very happy he joined the 87's, and very thankful for the decision he got to make.

"Joining the 87s was a blessing from God," said Graiff. "Once I met my new teammates I knew these guys were my new brothers. They brought me in right away and treated me like I was there since the beginning. Coach [Adam] Houli and Coach Matty [Kiernan] are two of the best coaches I’ve ever played for and I can’t thank them enough for bringing me in. Between my teammates and coaches, I feel we have a good chance at winning the championship."

That's exactly what the goal is now that Graiff has this weight off of his shoulders. Graiff and the 87's are closing in on locking up the top seed in the Mid-Atlantic Conference Playoffs, which would be a great first step taken towards reaching the ultimate goal of the 2020 EHL Frozen Finals. 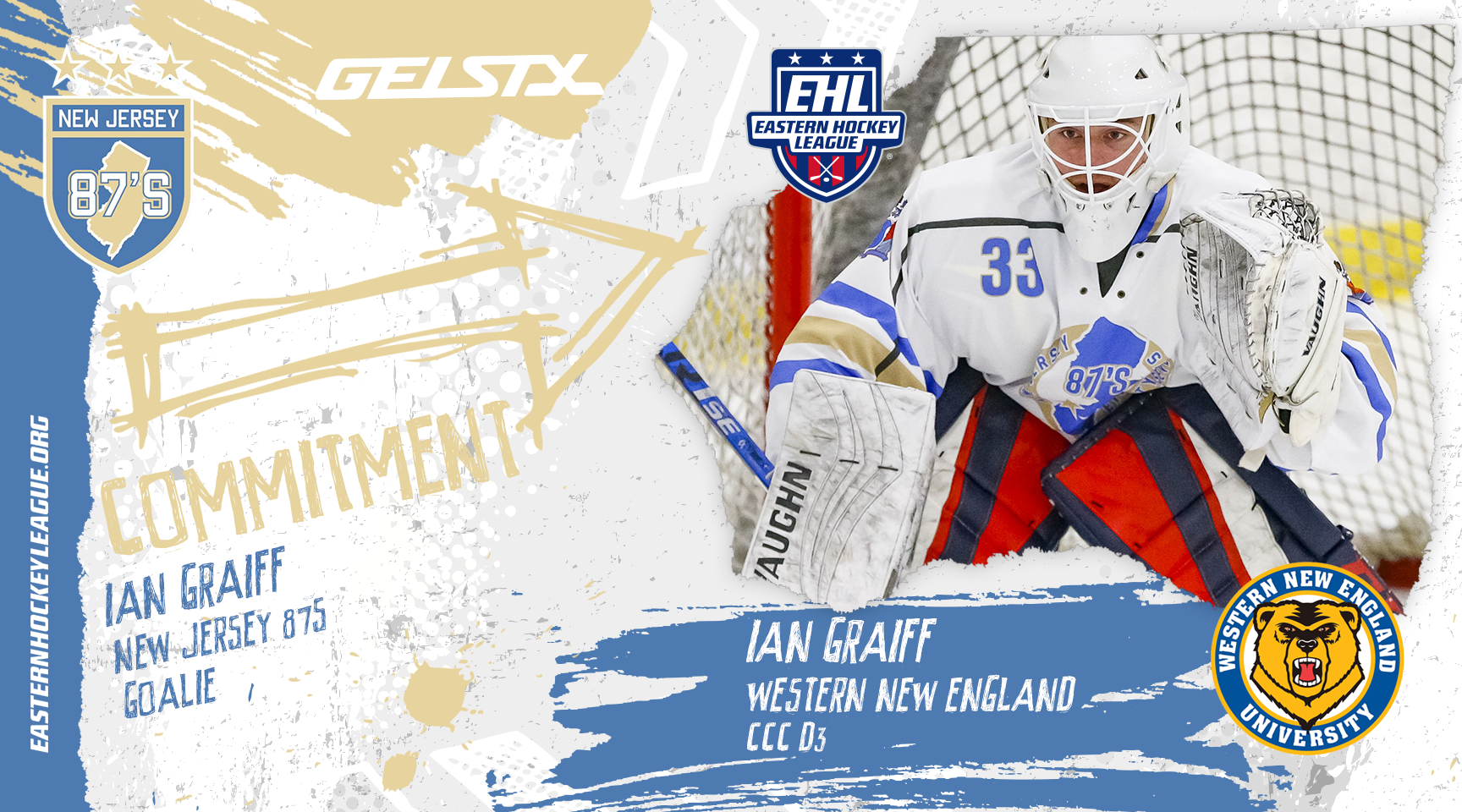