January Stars of the Month Presented By Vaughn and Verbero

Below you'll find the 5th set of monthly award winners in the #EShow. The forward and defenseman awards are presented by Verbero Hockey, while the goalie recognition comes courtesy of Vaughn Custom Sports.

The EHL is pleased to announce that Halen Cookston (Team Maryland), George Weiner (New Jersey 87s), and Nathan Mueller (Boston Jr Rangers) have been named the January Stars of the Month.

Cookston and Team Maryland posted a record of 4-1-2 in the month of January, and the 10 points that the accrued helped the group climb up into 2nd place in the South Division standings. This is important of course, because both 1st and 2nd place earn a bye in the First Round of the EHL Playoffs.

As for the 2000-born native of Santa Clarita, CA, January was far and away Cookston's most productive month of the season. Cookston tallied at least a point in all seven games, collecting five multi-point efforts along the way. Overall, the Arcadia commit scored five goals throughout the month, including two game-winners. He also picked up 10 assists, so in total, the 15-point month doubled Cookston's point production for the season.

Along with Cookston, Team Maryland now has three players all with 30 points for the season, as the veteran forward is joined by Bobby Geier and Denys Arkhypenko in this exclusive club.

Sticking with the South, Weiner and the 87's locked up the top seed in their division this past week. With a record of 25-1-2, New Jersey also sits at the top of the league standings, and they now have their eyes set on winning the franchise's first-ever Regular Season Championship.

As for the 2000-born native of Wayne, NJ, Weiner also tallied at least a single point in all seven games for his team. With a goal and nine assists, the veteran defenseman now has 30 points to date this season, which is six more than he tallied throughout the entire 2019-20 season.

To be announced soon, Weiner also made his NCAA Commitment at the end of this past week. Now, with that weight off of his shoulders, the 87's leader on back end will look to help guide his team to their first-ever trip to the EHL Frozen Finals.

As for January, the '01 native of Rogers, MN started and won four games for his team, improving his record up to 16-1-0 for the season. The 16 wins leads the entire league, while the 1.64 GAA puts him in 2nd in this category by a margin of just 0.02. However, with that being said, Mueller is ranked at the top with a .949 save percentage, and is tied for 1st with three shutouts.

After Billy Girard won 28 games for the Rangers this past season, Mueller had big shoes to fill, but he's done that and then some so far this year.

Sintiris and the Rangers returned from the holiday break and won seven of their nine games throughout the month of January. The busy month featured 48 total goals scored by the Rangers, with Sintiris playing a role on 16 of those tallies. With nine goals and seven assists throughout the month, the '01 native of Andover, MA was involved in 33% of the goals his team scored.

For the season, Sintiris now has 37 points in 26 total games to date, and that puts him at the very top of the scoring charts in the EHLP. Looking forward, Sintiris and the Rangers begin February with a commanding lead in the Central Division standings, as they push to lock up the #1 seed, just like the the Rangers' EHL squad.

We move back to the blue line and between the pipes, for our 2nd and 3rd Stars of the Month. Hassell led his team in defensive scoring this past month, collecting seven assists throughout January. For the season, the '02 native of Newton, NH now has 15 points in 22 total games, which is three more than he tallied throughout the entire 2019-20 season.

As for Burlew, this is the '01's 2nd honor of the day, as he was also just named the Goalie of the Week for Week #17. Burlew amassed a record of 4-0-0 this past month, including three wins from just this past week alone. For the season, Burlew is now a perfect 9-0-0, and his 2.10 GAA and .929 save percentage rank 1st and 2nd overall in each respective goaltending category.

At 21-1-0 the Avalanche continue to set the pace at the top of both the league and North Division standings.

Now, as we enter the final month of the regular season, all three of our award winners are feeling confident about their respective chances of advancing to the Frozen Finals.

It comes down to execution at this point, for both the Avalanche and Rangers to head to West Chester, PA at the end of March. 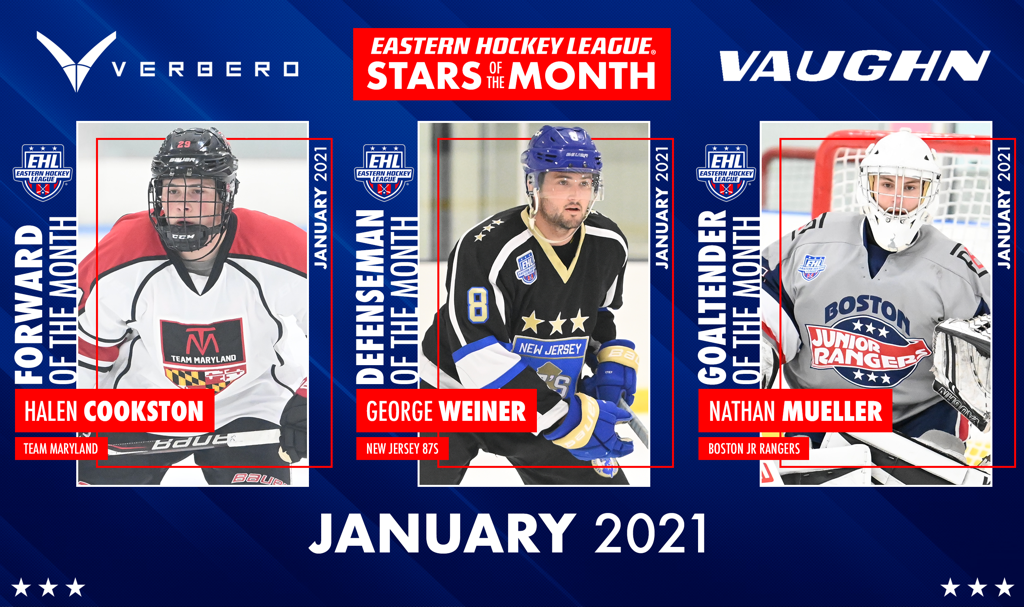 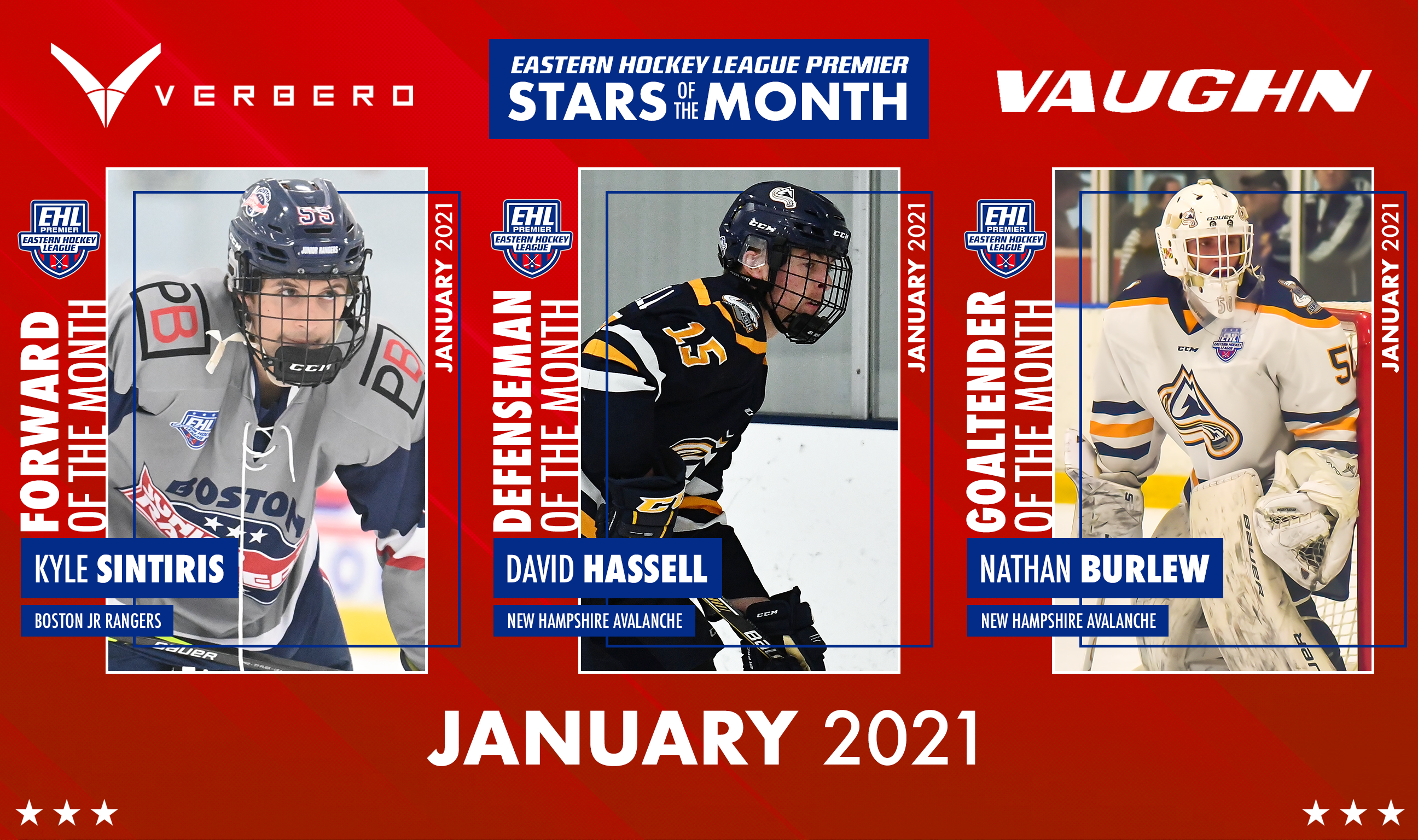