Knights Host Jr. Flyers in the Game of the Week

BOSTON, MA -- The Eastern Hockey League (EHL) season keeps moving along with 14 more games in the next 5 days. The week ahead features 16 of the 19 teams in action, each with at least 1 final game before they take off for Thanksgiving break. A trio of teams (East Coast Wizards, New York Applecore, and Philadelphia Little Flyers) are already on break, as they don't play again until after the holiday. While the time off is usually very short at this time of year, it's key for all teams to head home with the momentum of having won their last game. Every matchup is important this week in the EHL.

The Jr. Flyers and Knights wrap-up their home-and-home series and with a Sunday afternoon matchup in Pittston, PA. The 1:30pm puck drop is the final regular season matchup between the 2 teams, after the Knights won 5 of the 6 meetings last year. It’s important to note that 4 of those victories were by just 2 goals or less, and that includes a pair of games that went to overtime.

Below you'll find the full weekly schedule through Sunday, and remember, next set of TSR Hockey Stars of the Week will be released on Monday, November 19th at 12:00pm. Be sure to catch the #Eshow all season long on HockeyTV. 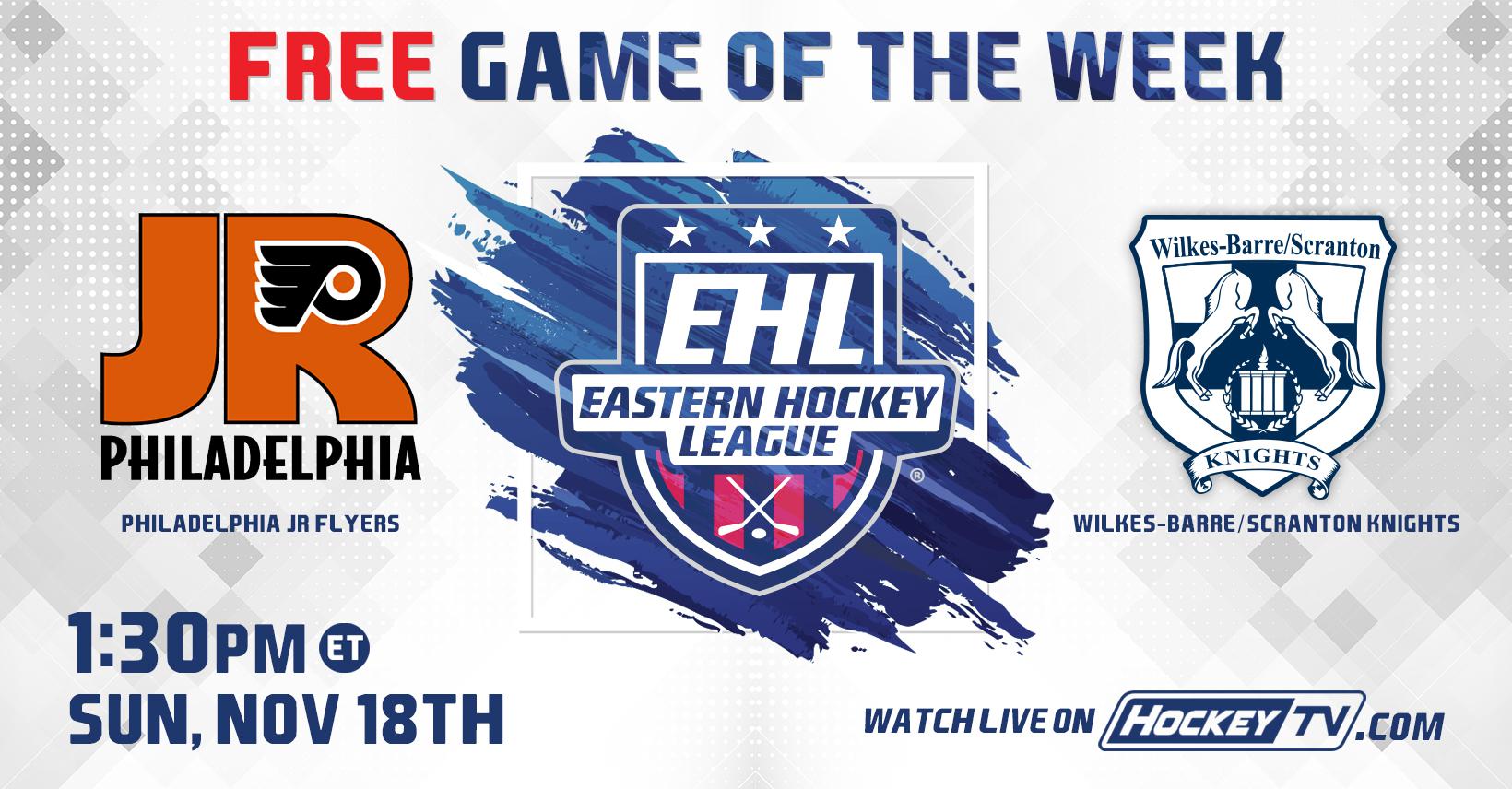