Applecore Travel to Connecticut for the GOTW

BOSTON, MA -- This week we turn the page to the final month of regular season in the Eastern Hockey League (EHL). The playoff races are incredible tight in both the New England Conference and the Mid-Atlantic Conference, as the 18 EHL teams make their push for the postseason. This week's schedule features a number of matchups between teams battling with each other for home ice in the First Round of the EHL Playoffs.

The Applecore and Chiefs hit the ice for the second and final time of the 2018-19 regular season. In the first matchup, which took place at the December Showcase, Connecticut found the back of the net during each half and then iced things with a late empty-netter. The forward line of Kyle McEnany, Zach Withington, and Scot Lawson combined for six points in the 3-0 victory. 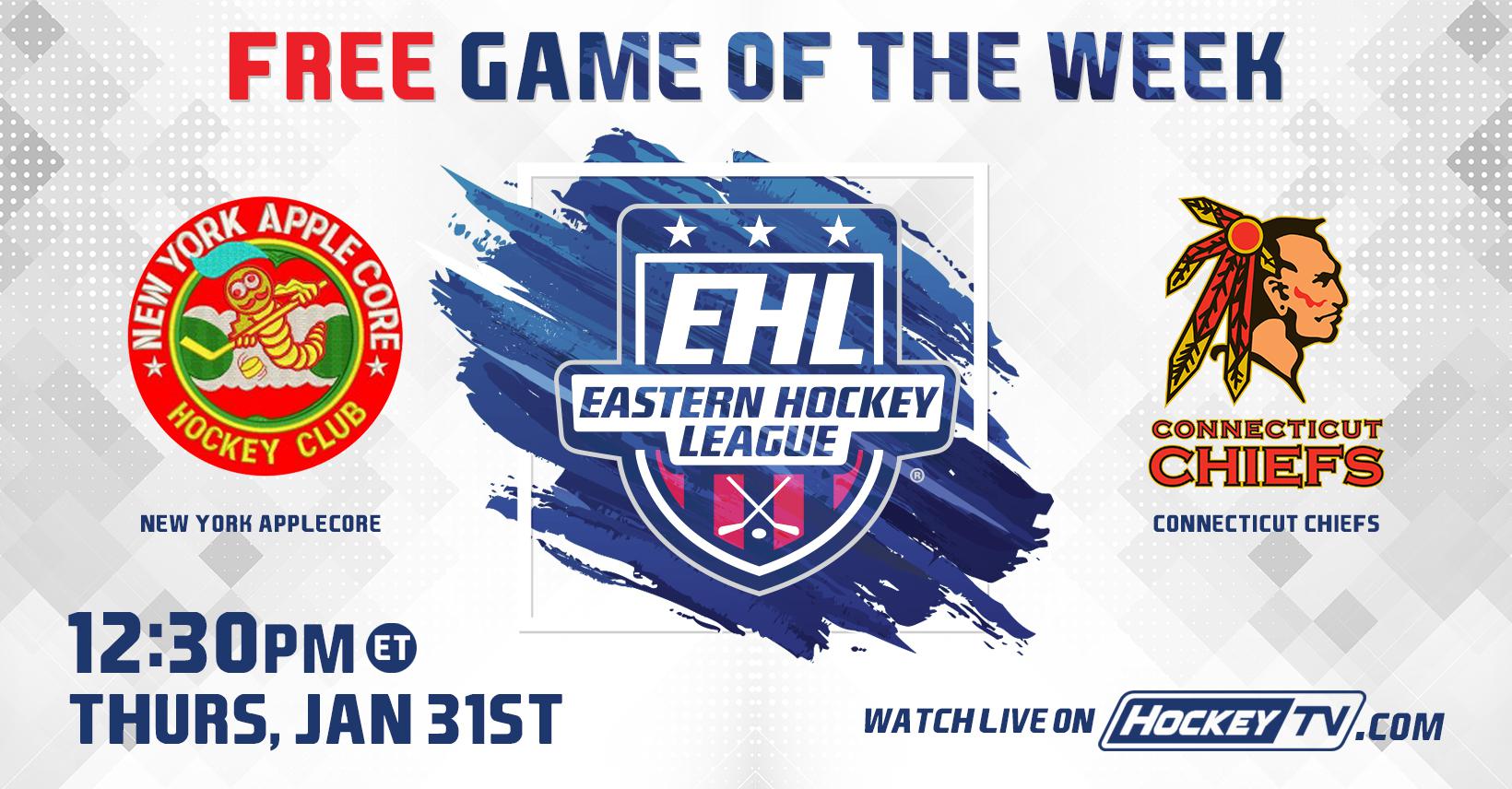