BOSTON, MA -- We turn the page to another jam-packed week in the Eastern Hockey League (EHL). The upcoming schedule features all 18 EHL teams in action, with many intriguing matchups across the league. Every point is critical this week, both in terms of making the EHL Playoffs, and then securing the home ice advantage.

The Rangers and Lumberjacks hit the ice for their third matchup of the 2018-19 regular season. Earlier this year, these two teams split their pair of games up in Vermont. The back end of this two-game set is scheduled for Sunday the 17th at 1:40pm, and we'll find out soon if these rivals are destined to meet in the First Round of the postseason.

Below you'll find the full upcoming schedule through Monday the 18th, and the next set of TSR Hockey Stars of the Week will be released that afternoon. Remember to catch the #Eshow all season long on HockeyTV. 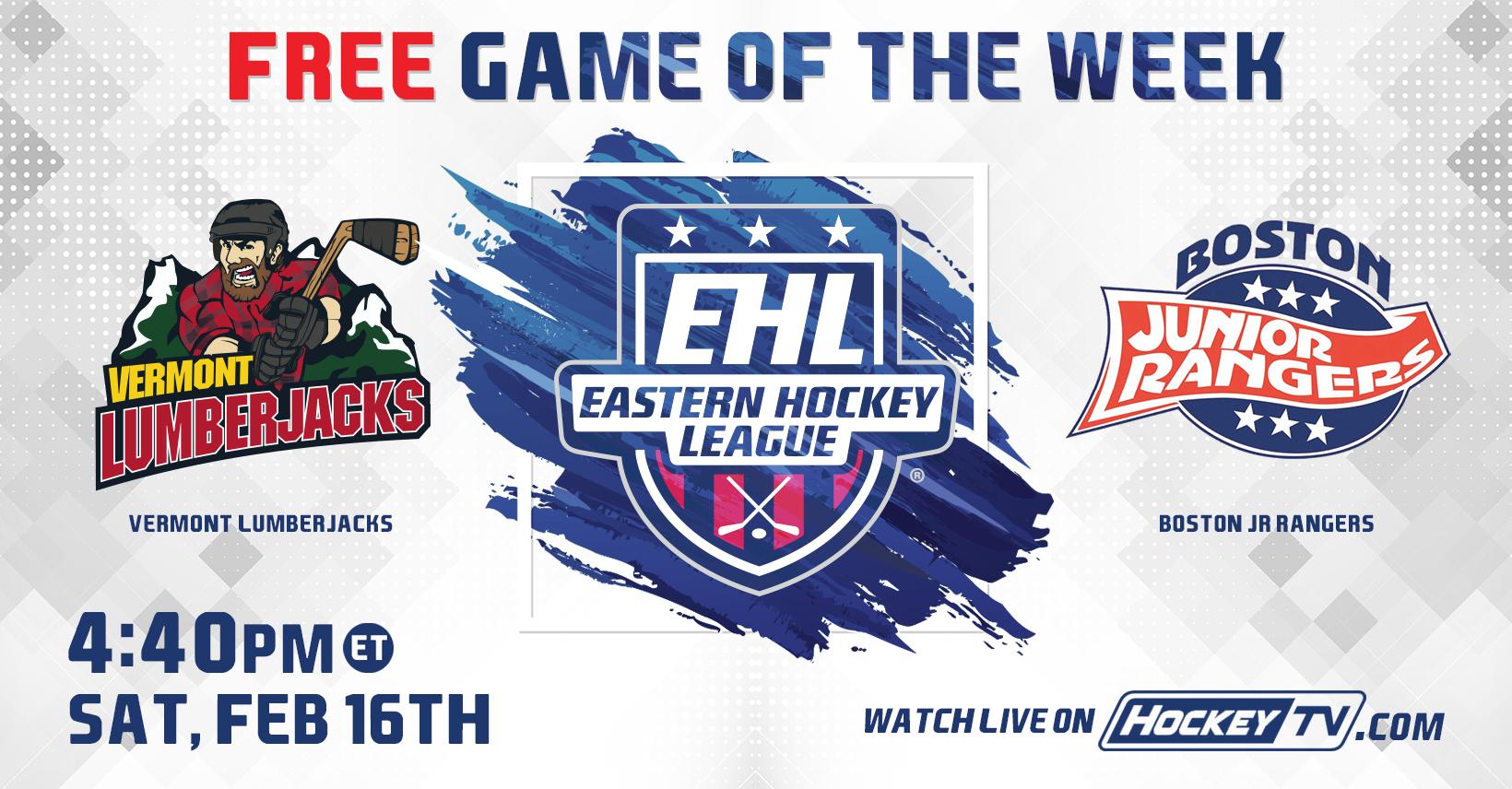