Chiefs Netminder Set to Join Lancers for 2nd Half

NEWINGTON, CT -- Ryan Hoff, a goaltender for the Connecticut Chiefs, has committed to Worcester State University for the 2nd half of the 2018-19 season.

Hoff joined the Chiefs in late October, and appeared in six total games for Connecticut. Despite a couple tough losses, the '99 native of Brockton, MA caught the attention of Worcester State with his performance against the Philadelphia Little Flyers. Entering the game in relief, Hoff turned aside 18 of the 19 shots the Little Flyers sent his way, in the 2nd half of their showcase matchup on November 12th.

"When we first brought Ryan into our program, he quickly demonstrated that he had the skills, work ethic, and character to be a huge asset to our EHL team," said Chiefs head coach and general manager Kevin Cunningham. "When Worcester State reached out to me after Ryan’s first appearance with us I was very pleased, but not shocked. The Lancer staff has shown significant and sincere interest in Ryan and I am extremely confident that they will enjoy having him as a part of their program as much as we did here with the Chiefs. I am very proud of Ryan and his willingness to bet on himself and take the leap to college hockey mid-season. It has been a whirlwind fall for Ryan, but he has handled it like the fantastic and talented young man that he is. I am ecstatic for Ryan and his family and all of us with the Chiefs wish him nothing but the best with Worcester State!”

Hoff is one of three EHL players that has committed to an NCAA program for the 2nd half of the season. The short list also includes Ben Parker (Boston Jr. Rangers) and Alex Borowiec (New Jersey 87s), as each individual will be seeking a smooth transition in early January. Hoff feels well-prepared, thanks in large part to his time with the Chiefs.

"I am excited and honored to be a part of the Lancer hockey program, but I am equally thrilled to be able to further my education at Worcester State," said Hoff. "The Connecticut Chiefs helped me realize this goal. Their coaches gave me an opportunity to play and develop in a program that helped me grow as both a goaltender and a person by working with awesome people every day, both teammates and staff. The competition in the EHL is top-notch and helped me catch the eye of the Worcester State coaching staff."

Learn more about the Connecticut Chiefs on the team's official website, and check out the full 2018-19 NCAA commitment list. 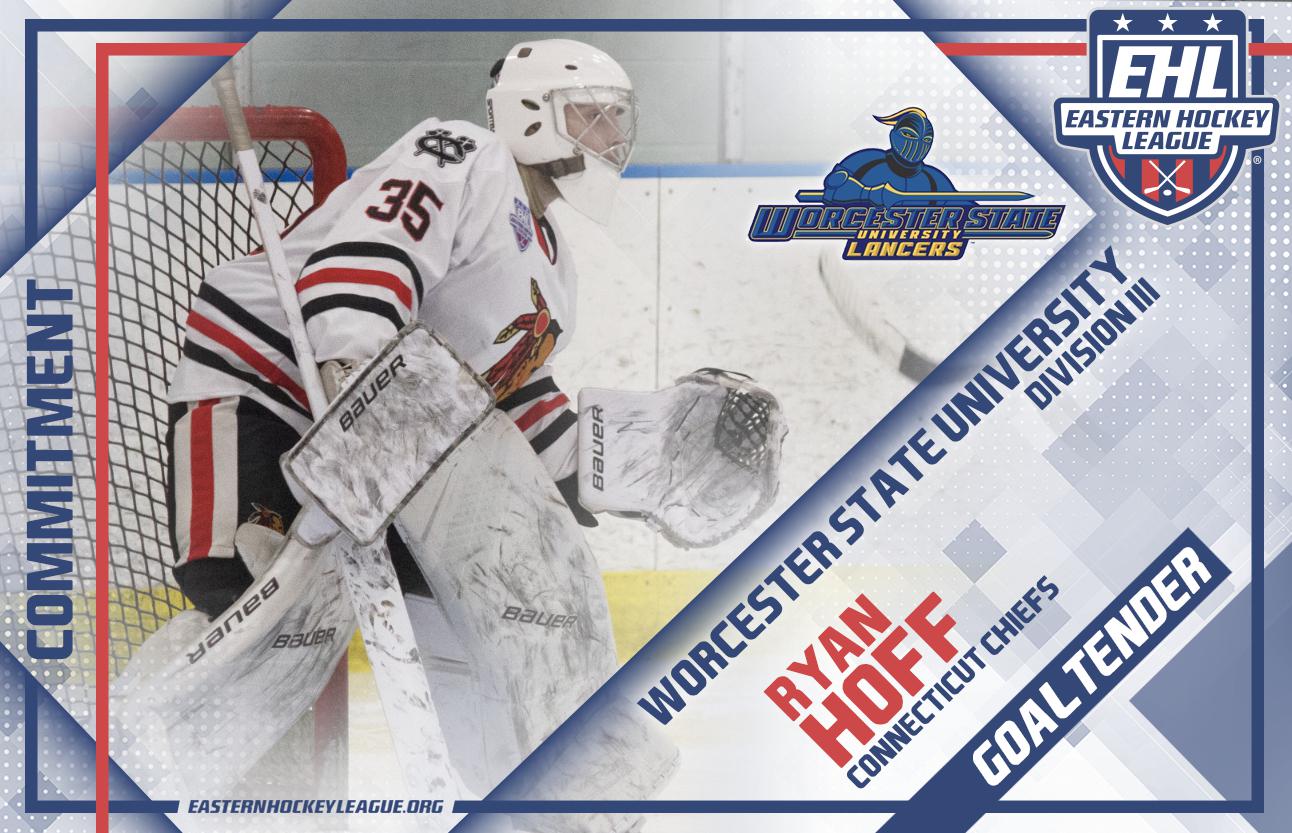