BOSTON, MA -- The pressure cranks up this week, as the Eastern Hockey League (EHL) begins to turn the corner into the final month of the 2018-19 regular season. The upcoming schedule includes action on every day, and 17 of the 18 teams hitting the ice. With 21 games over the next six days, there are many key points on the line.

EHL Game of the Week
Philadelphia Revolution vs. New Hampshire Avalanche
1/27/19 at 10:40am - Ice Den Arena

The Revolution and Avalanche meet up for the final time during the 2018-19 regular season. Back in September, Philadelphia won a tight 4-3 battle over New Hampshire, and earned a little revenge from this past year's EHL Championship Game. Will both teams make it back to Providence again this year?

Below you'll find the full upcoming schedule through Monday the 28th, and the next set of TSR Hockey Stars of the Week will be released that afternoon. Remember to catch the #Eshow all season long on HockeyTV. 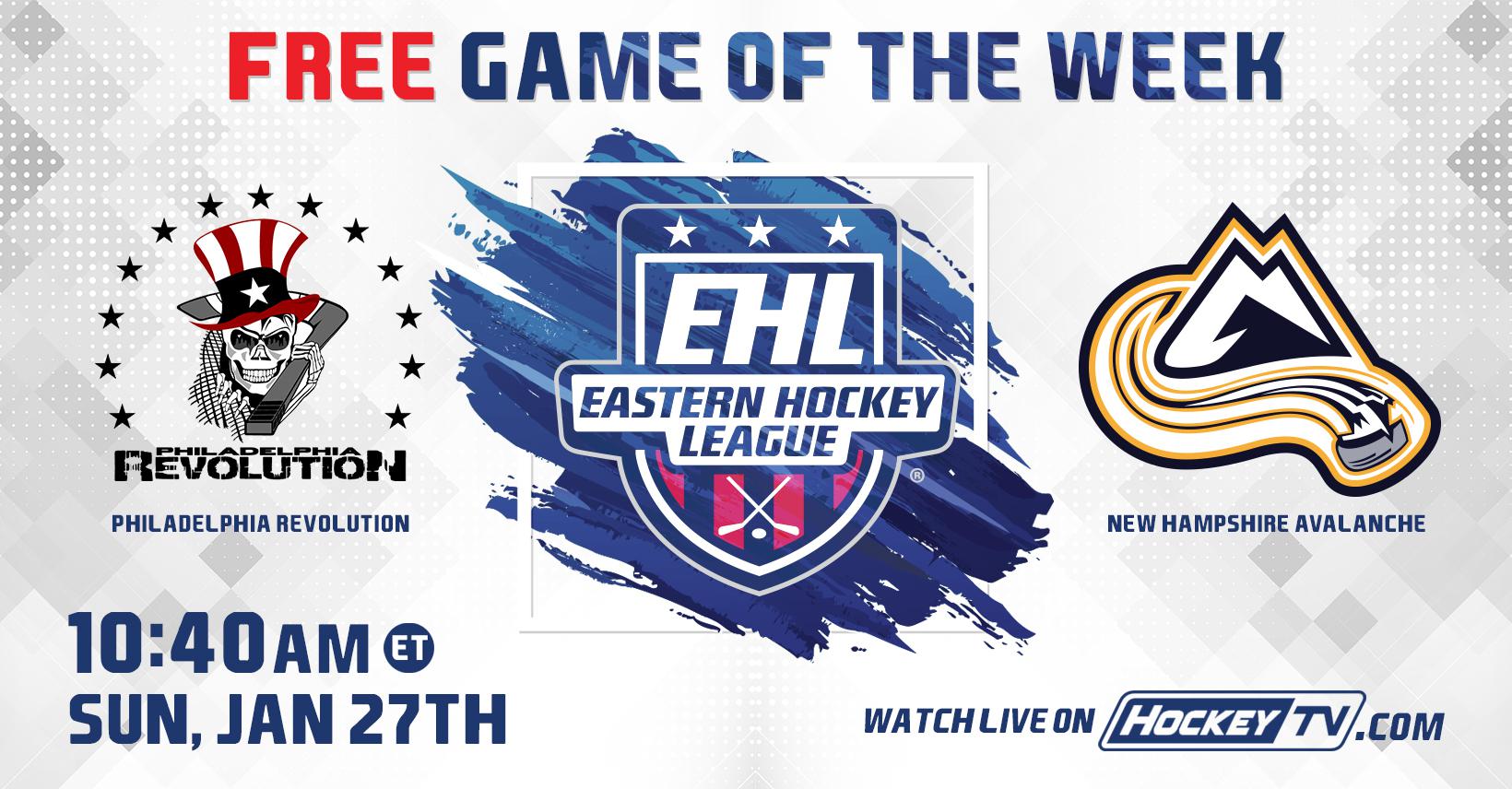